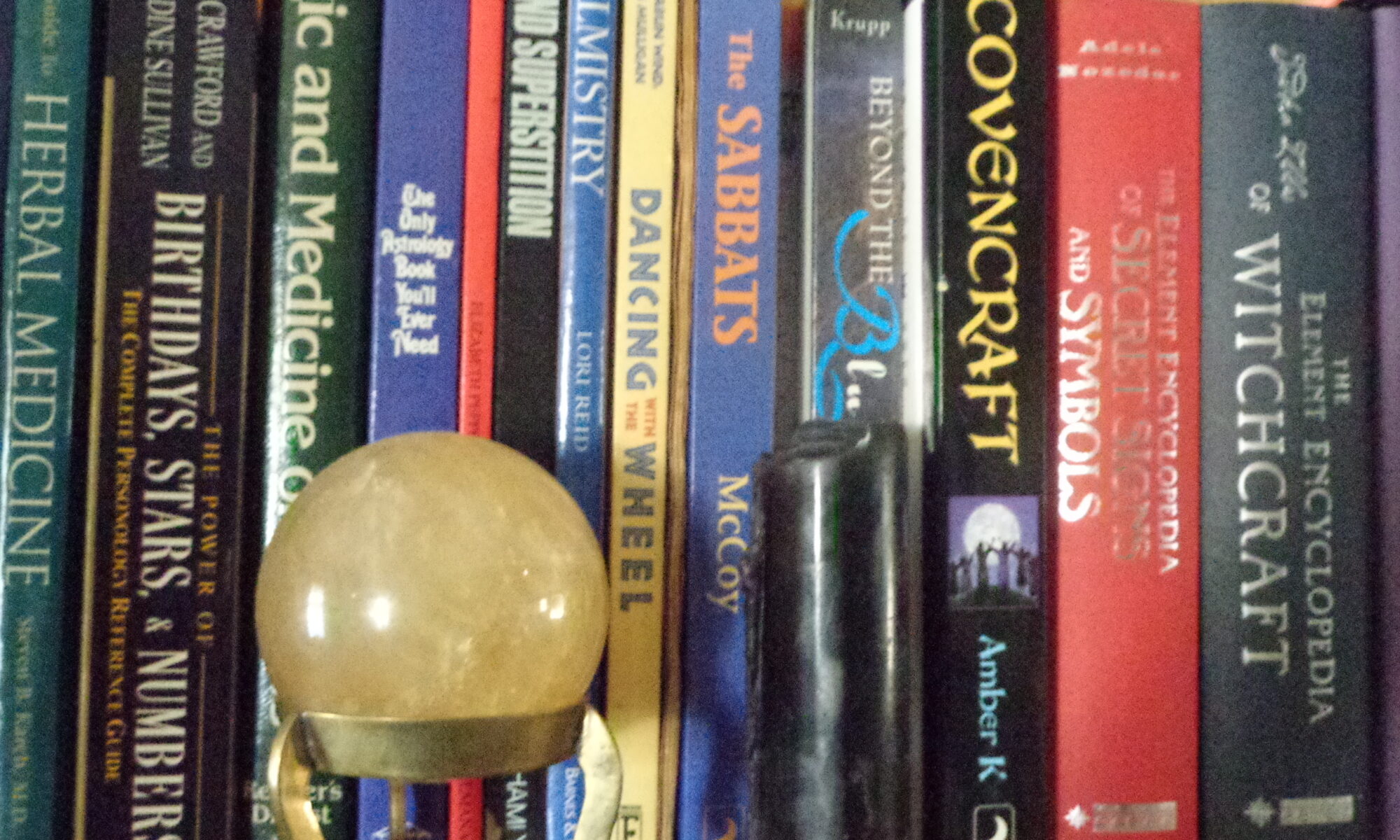 A note about trancework. Anything that occurs in trance falls under the category of UPG-Unverifiable Personal Gnosis (knowledge) This means it is personal to you and not verifiable by other means. Each of us have our own unique events and ways of doing them. Most of mine are done while awake and sitting up, only a few are done while sleeping. So, the following is my personal gnosis.

I have been a psychic my whole life and I am used to my head being full of thought and sound. In 2018 I received a traumatic brain injury in a car accident. After the accident, my brain was completely quiet. I could not even hear my own thoughts before I said them. The irony is how hard we try to quiet our minds in meditation. But this was almost surgical and quite distressing.

Then my gal pal Phaedra Bonewits whom I had been training under, gave me a task. I was not to just meditate on each of the major arcana of the Tarot but deeply trance on each of them. This accomplished many things, and it brought back my psychism enough for me to begin my journey back to being the psychic I had been my whole life.

This tarot trance begins with the fool card. On this day I was not feeling well and was going back to bed and about to put the work off again. But last minuet I decided to grab the fool card and focus on it as I drifted off. I looked very closely at every small detail. I had to force myself to keep my focus and not let my mind wander. I looked hard at all the colors, the position things were in, the scene, and took it all in.

What I see is, the “fool” does not have a care in the world and is actually taking in the splendor. He has a look of “I have arrived and look at this splendid place” to him. There is no impending doom or fear of falling off the cliff. I reflect on how I think the label of the fool is misleading. He is not a fool at all, just a traveler. The dog has led him to this place and is also happy.

Then I fell asleep and became the fool and was on a small hill above a coastal village near the sea. As is typical of my dreams there were two of me. One the fool, the other also a fool aspect who was not as happy but seemed stronger than the original fool. Yet I am observing them both from a distance in my lucid state. Perhaps this is what Carl Jung meant when he says that dreams are aspects of the self.

As I ponder this a disagreement breaks out with some folks from the village that had arrived to see what we wanted. They were arguing about the dog, who they felt needed protecting. At the same time, an amazing sword appeared in the hands of the stronger fool aspect. It was bright silver, very strong, yet could fold when not in use.

Just then I noticed an orange color like the sun appear in the sky, which was partly obscured by the clouds. As I watched I began to see it was somewhat square and seemed to be a signal we were running out of time. In my mind, a voice said, “It’s coming let’s go!”

We shambled down the rough hillside over rocks and mud toward the village near the sea. When we reached the level ground we could see the village was spread out and primitive. As I,-the fool, took in the splendor of the village,  much like what is shown in the card, my stronger aspect had made it to the sea wall at the water’s edge. He was now involved in another dispute among the village elders there. They were rejecting him and denying him access to whatever was coming.

As I,- the fool, made my way to them, a huge fog rolled in. I remember thinking “What is this fog, I can’t see a thing!” Yet the orange square in the sky was coming closer and getting larger.

Annoyed with the fog and lack of clarity, and the confusion, the fool aspect stood tall. He lifted his chin, closed his eyes, opened his arms, and pushed out his chest towards the fog. This made the fog retreat, revealing that the orange square was a sail. The sail was so large and glorious it took my breath away, no one had seen the like and size before. The ship was just as fantastic and breathtaking. The dog became joyous and began jumping and barking like he was saying this is it! And I was excited too!

I then noticed the stronger aspect of the fool began to walk up the boat ramp with the sword in hand. He held it up, and said, “This is mine!” The elders of the village said, “The sword disagrees.” As they directed our attention to the sword, it folded up, became dim, and would not work for the stronger aspect as he struggled to try and re-open it. Once he gave up and handed it to the fool, however, it became bright and unfolded with all its strength and glory. The elders seemed to approve and allowed the fool and the dog to get on the ship. Then the cat jumped on my belly and woke me up!

Sorry folks, not all trances are complete stories. This is why I now do most of my trances sitting up in a closed room. But do not worry there are many more such fantastic tales to come, so stay tuned to see what is revealed in the next blog entry. 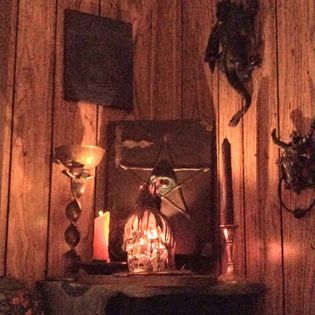 “You must seek the Morrigan,” he said then he released me back to the sea, a signal the event was over and I woke up.

Still and spent I sat before the altar catching my breath and contemplating my encounter. I find myself thinking if Manannan is this intense I should wait a while before encountering the Morrigan. I begin giving gratitude for the encounter with him by lighting sweet grass. I pour eclipse water and some water from Bridget’s well a friend brought me from Ireland in the chalice and think of how to proceed with the Morrigan. Then I take a sip from the chalice to her in acknowledgment thinking, “soon lady soon”

As I swallow the waters, I begin to feel an immediate psychic response and once again get transported back into trance. My consciousness is not in control. It is like I am observing myself. I pull the scarf over my head and put my head down with my hands up toward the altar. The Morrigan has arrived. I can feel her forceful power before me and within me. Clairvoyantly I see her in every detail standing before me. I lower myself in her mighty presence, hands up. She looks down at me and says “You will stand with me in sovereignty and she compels me to physically stand up.

My legs are asleep from being on the floor for the last hour or so from the previous working and do not want to work. All of this is going through my mind as I hear her command “You are Fae, you are Tuatha De Dannon you will stand! True to self and ancestor!

Shakily I rise. Once I am at full height and facing her she touches my chest with her spear. My chest thrust forward, my head fell back, my arms went wide. I feel her sovereign power coursing through me. Clairvoyantly I see her history running through my mind like a fast-moving film clip. My body is suspended that way as she transports me to her side in trance.

“Are you a sovereign being?” she asks. Yes! “Are you of the people?” She asks. I knew she meant her people. Yes! “ Are you a warrior of the people? Yes! I reply.

Suddenly my physical body collapses to the floor. In trance I am now face down at her feet. She stands above me with her spear pointed down at me and she commands me to swear fealty to her.

I cry out to Odin whom I had been very close with. I see him present behind her, he looks on quietly saying nothing, looking disappointed. She commands fealty again and my body feels pain as her spear touches me. I did not want to swear fealty, so I swear sovereignty with her. I feel the pain as she spears me again. She asks for fealty again and I say I will stand with you. In that moment I see Odin turn his back and my heart breaks at the gesture.

As I lay l there crying from the experience and the pain still face down, I clairvoyantly see Odin. He says, “You cannot have us both, you swore an oath to her” and he leaves.

In my time working with the Morrigan she helped me be strong when I really needed it. She helped to keep me focused on what I need for success in life. When that work was done it was difficult to get released from her fealty/oath. But it was more difficult getting back into Odin’s good graces once I did. I had many trials to face, but that is another story.